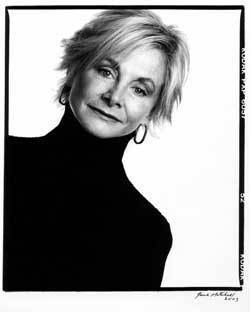 Barbara Sorensen’s large scale sculptural installations have long been inspired by nature, geological formations, the classical elements of art, and the diverse materiality of our ever-changing environment. Expanding on this foundation, her recent work includes a focus on the energy and dynamism of the environment through the creation of vessels and wall sculptures constructed of metal and resins, as well as experimental use of new and unexpected materials and textures, often interconnected, and chromatically bold. The new series emerges from early inspiration but with a renewed focus and interest in the relationships between human and landscape.

“Her ultimate subject is growth and change. Characteristics of both the physical world that surrounds us and the interior landscape we carry inside, movement and energy are the essence of life. Sorensen’s works breathe with this truth and in turn, convey it to us.” —Eleanor Heartney, Art Critic, Art in America.

She is well known for her use of mundane material to create beauty out of the ordinary. Her current series, Ripples, uses metal to capture the movement of nature in water, wind, and sound. She is currently working on an immersive installation that expands upon the Ripples series by removing it from its grounding base. The massive structures float in the air and submerge the audience in an ephemeral environment of form and movement. Sorensen’s work also incorporates the sculptural possibilities of light and shadow. Works such as Dwellings and Pools reinterpret existing features of the natural landscape and utilize dynamic cast shadows to emphasize their form.

Sorensen’s work has been published widely in periodicals, texts and monographs including: Barbara Sorensen: Mennello Museum of American Art, (2017), Barbara Sorensen: Topographies (2010), Picturing Florida: From the First Coast to the Space Coast (2008), Finding Balance with curator James Surls (2006), Ceramics in the Environment by Janet Mansfield (2005), The Craft and Art of Clay, Third Edition, by Susan Peterson (cover image), (1999) and Architectural Ceramics by Peter King, (cover image), (1999).